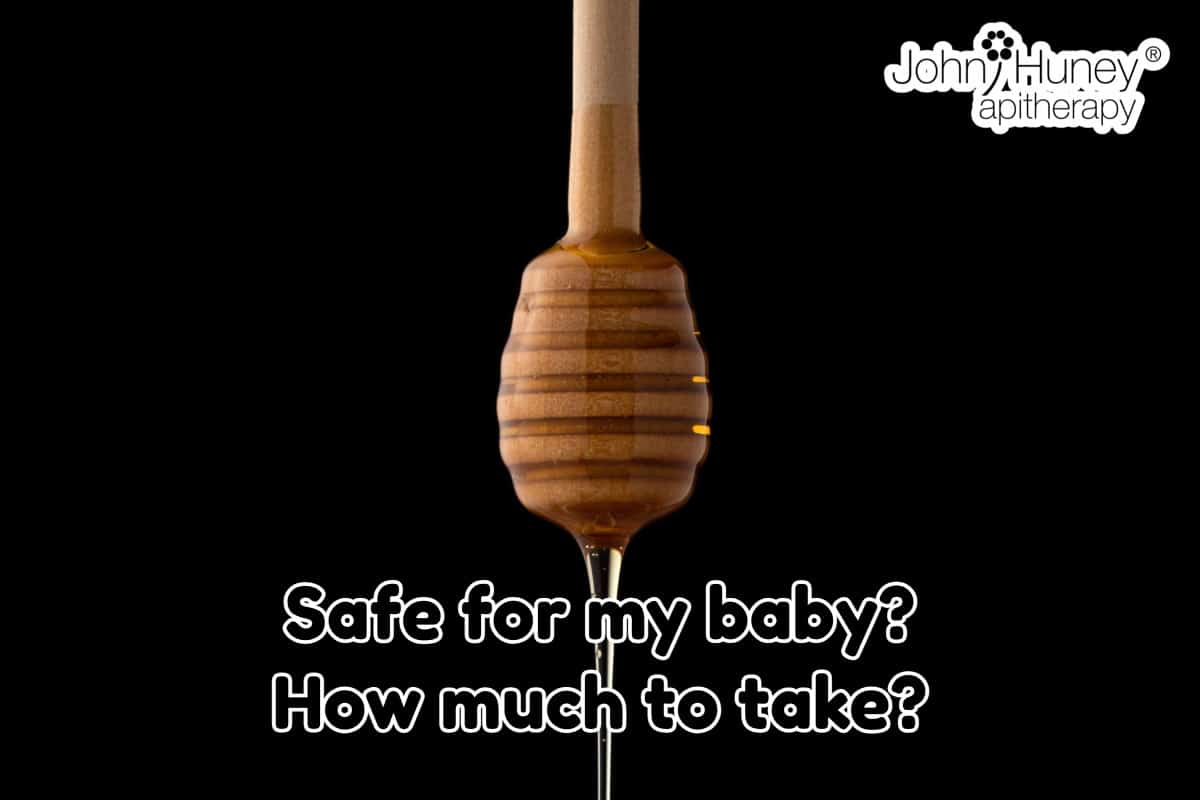 But is it safe to give raw honey to a baby? You should not give honey to an infant below 1 years old to avoid potential botulism. The digestive tracts of babies or toddlers below 2 years have not matured to digest of the waste product produce by the bacteria called Clostridium Botulinum. For older children, it is safe for them to consume 5-10 teaspoons of honey according to their age.

Why Is It Not Recommended To Give Raw Honey To Babies Or Toddler Below 2 Years Old?

Although infant botulism is rare (about 70 cases annually), but we shall not take the risk on our children. Our children’s welfare and safety are paramount. Most of the botulism primarily occurs in infant below 2 months old. For this reason, the U.S. Food and Drug Administration, the Centers for Disease Control and Prevention, and the American Academy of Pediatrics do not recommend that honey for children under 1 year of age1.

USFDA does not recommend it to give pasteurized honey babies or children below 1 years. Pasteurized honey may still contain the botulism spores that cause infant botulism.

What Is Pasteurized Honey?

Pasteurized honey is heat treated for a short period and cool down quickly. It will kill off most of the organism and effective in killing yeast.

However, the Clostridium (organism that responsible for producing botulism toxin) has a thick wall called spore to protect itself. It requires more heat and longer duration to kill it.

How Much Honey Can A Child Take In A Day?

USDA recommendation is to consume no more than 10% of total calories needed for the day, to come from added sugar in the 2015–2020 Dietary Guidelines for Americans2.

In the table below, we have compiled the data of the calories per day that a child need and calculate the figure of maximum added sugar consumption based on the 10% recommendation to honey.

We then take approximately 30% of the maximum dosage as the proposed daily honey dosage (see the bold figure) because a child is likely to consume other added sugar intake such as soda, chocolate biscuit and so on.

The compiled recommendation of honey dosage for children is also inline with other users experience such as @TLCMamas.

Another approach is to use the weight of the child as a guideline. @Dancing Bee Equip is recommending 1-2g per kg of the bodyweight.

However, you need to make adjustment accordingly so that your child will consume additional calories from added sugars exceeding the 10% ratio (with reference to the table above).

How Much Honey Should To Take For Cough In Children?

Does honey help to ease children coughing? How much honey to give? Here is what I found in my research.

According to Mayo Clinic3, a study shows that when they give the children aged between 1 to 5 years old 2 teaspoons of honey before bedtime, the children do not cough that much and have a good night sleep.

The study also found that it seems to be as effective as a common cough suppressant. Honey being the natural superfood that contains antioxidant and nutrients and widely available makes it a better choice.

Natural honey has many nutritional benefits and therapeutic properties, but we should only give honey to children over one-year-old. This is to avoid potential botulism that could cause fatality. Our children’s welfare and safety are paramount. Why take chances with our beloved children?

What is raw honey? Raw honey is honey that is filtered, uncooked and unprocessed. That means that it contains a lot of the health benefits that honey has. In this website, we're going to discuss why raw honey is better for you, and where you can find it.

We also want to show you the natural healing powers of raw honey. Raw honey is the only honey you can eat that differs from conventional honey. Honey that is not raw and not pure is actually really bad for you if you eat it on a regular basis. Don't worry though! We'll show you how to order raw honey that will not only taste great but will help your body heal as well.